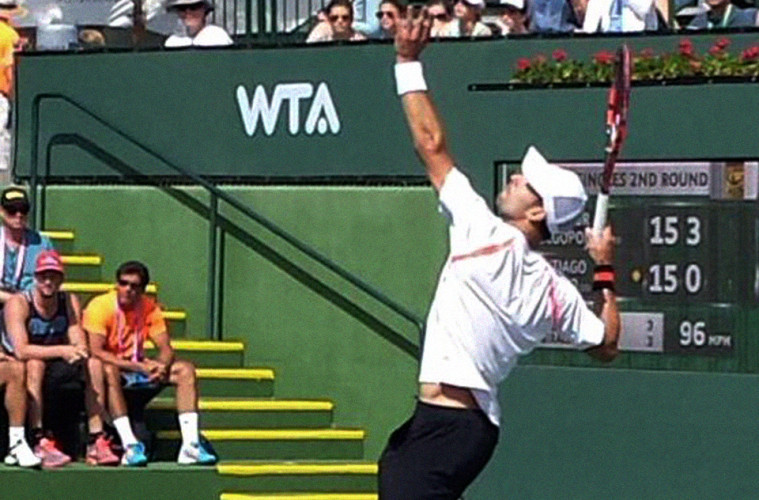 The Indian Wells, the first ATP Masters 1000 of the season began and Santi moved forward directly to the second round of the competition. The Colombian played against the Ukrainian, Alexandr Dolgopolov (41), who had just defeated the Canadian, Frank Dancevic with 6/2 and 7/5 scores.

The game lasted an hour and 28 minutes, with 1-6, (4)6-7 in favor of Alexandr Dolgopolov. The match began a few minutes after 1pm, Colombian time zone. The first set was good for the Ukrainian, who broke Santi’s service twice and didn’t give up, which made difficult for Santi to give a fight.

The second set was just exactly the same, with brief moments that favored Santi, who had two Break Points that couldn’t set. The Ukrainian decreased the effectiveness of his serve and presented long rallies that were a pleasure for the public. None of them managed to make a break and the game went to tie break, in which Dolgopolov showed why he had reached the semifinals in last year’s tournament, even though Santi showed he could have done more and the score was a bit tricky.

TO THE FINAL IN PRAGUE

SANTI IN THE SEMIS